Have you heard about it?
That deep, profound,abiding,unwavering, all encompassing, all embracing emotion?
Have you felt it?

This shall be my story.

Posted by myprivategarden at 2:35 PM 2 comments:

I just finished the household chores for the night and was preparing to go to bed, when I heard a noise in the front of the house. I opened the door to the front room and to my surprise, Santa himself stepped out from behind the Christmas tree. He places his finger over his mouth so I would not cry out.

“What are you doing?” , I started to ask. The words choked up in my throat, and I saw he had tears in his eyes. His usual jolly manner was gone. Gone was the eager, boisterous character we all know. 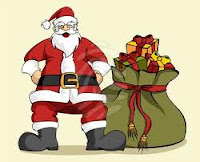 He then answered me with a simple statement – “TEACH THE CHILDREN!”

I  was puzzled. What did he mean? He guessed my question, and with one quick movement pulled a miniature toy bag from behind the tree.

As I stood puzzled, Santa said, “Teach the children! Teach them the old meaning of Christmas. The meaning that now-a-days Christmas has forgotten”

Santa then reached in his bag and pulled out a FIR Tree and placed it in front of the fire place.

“Teach the children that the pure green colour of the stately fir trees remains green all year round, representing the everlasting hope of mankind, all the needless point heavenward, making it a symbol of man’s thoughts turning toward heaven.” 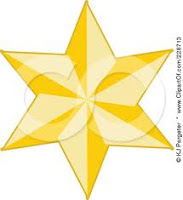 He again reached into his bag and pulled out a brilliant STAR.
“Teach the children that the star was the heavenly sign of promises long ago. God promised a Saviour for the world, and the star was the sign of fulfillment of His promise.” 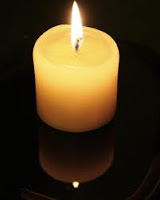 He then reached into his bag and pulled out a CANDLE.
“Teach the children that the candle symbolizes that Christ is the light of the world, and when we see this great light we are reminded of Jesus who fills our lives with light.” 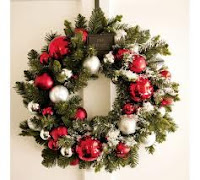 Once again he reached into his bag and removed a WREATH and placed it on the tree.
“Teach the children that the wreath symbolizes the real nature of love. Real love never ceases, like God’s love which has no beginning or end” 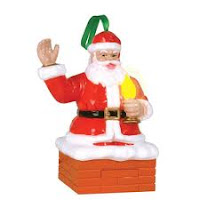 He then pulled from his bag an ornament of HIMSELF.
“Teach the children that I, Santa Clause symbolize the generosity and kindness we feel during the month of December.” 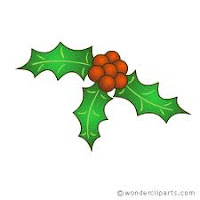 He then brought out a HOLLY LEAF.
“Teach the children that the holly plant represents immortality. It represents the crown of thorns worn by our Saviour. The red holly represents the blood, shed by HIM.” 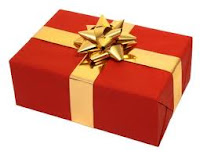 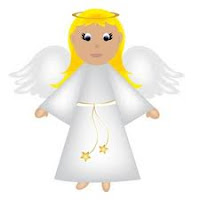 He reached in again and pulled out an ANGEL.
“Teach the children that it was the angels  that announced the glorious news of the Saviour’s birth. The angels sang ‘Glory to God in the highest, on earth peace and good will toward men.” 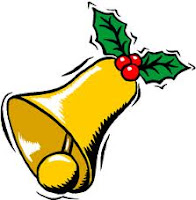 Suddenly, I heard a soft tinkling sound, and from his bag he pulled out a BELL.

“Teach the children that as the lost sheep are found by the sound of the bell, it should ring to guide us to God. The bell symbolizes guidance and return. It reminds us that we are all precious in the eyes of God.”

Santa looked back and was pleased. I saw the twinkle in his eyes as he said:

“Remember, teach the children the true meaning of Christmas and do not put me in the centre, for I am but a humble servant of the One that is, and I bow down to worship HIM, our LORD, our GOD.”

Once again we are caught between a hard rock and a hard place.
Life threw another curve ball our way.
I am sad, grasping at every glimmer of hope, latching on to the faith I've been taught, experienced and have come to know.


I tried to pray but words fail me.
I open the holy book and hope the scripture would bring some solace.


2 Corinthians 4:8,9 - "We are hard pressed on every side, but not crushed; perplexed, but not in despair;persecuted, but not abandoned; struck down, but not destroyed."


Not crushed, not despaired, not abandoned, not destroyed, I pray this is true for you my dear one.


We pour out our miseries
God just hears a melody
Beautiful, the mess we are
The honest cries of breaking hearts
Are better than a Hallelujah"


I hope the meaning of this song holds true.
I hope our honest cries are being heard, my dear one...

Posted by myprivategarden at 1:50 PM No comments:


How I found rediscovered them...

Opportunity strike once and rarely strikes the second time.
June 2011, I got the chance to pump on the accelerator and fast track my career. If it meant moving 10350 kilometers (6429 miles) to another country, another hemisphere, so be it.  If Australia can bring in a fresh-start, better work-life balance, and is my oyster to other dreams, I am game.


I’ve made a home for myself in a rented house in Bangalore.


So beginning July 2011, I was going through a mad pace of pulling my act together. In short, I was browsing through decades of belongings, separating the keep-sakes from those to be given-away/throw-away. It was a painful process so much so that 3 days before I took the flight to Melbourne, I was at my wits end, literally tearing my hair apart. No way near the end to my packing my friend Himanshu stepped in and lend me 3 of his miracle-workers. They boxed up all my effects in a matter of 4 hours. Their nonchalance was incredulous but grateful I was.


So I am a hoarder. For most, they see it as a disease. Especially my minimalistic friend Ashish would shake his head and generously instruct me on the latest fad, that is ‘Minimalistic living’. He is a disciple and I applaud.
For me, I don’t see it as a disease or disorder but I agree that it could be a nuisance especially when you are packing up to start anew.

Because I am a hoarder, a sentimentalist, a memory clinger, while packing up I came across certain keep-sakes that made me all gooey inside. A pebble on which was written ‘I am sorry’ from my die-hard friend Nimisha, chits of amateur poetry written during lectures from my petite-pretty school friend Meda, a small wooden designer case gifted to me by my engineering batch-mate Santosh on my 21st birthday (I bet he does not remember this) wherein, I have kept other treasures; numerous off-the-shelf and customized birthday cards; But the one keep-sake that stole the attention are ‘the letters’.


CLOSE TO MY HEART, THEY ARE :-)
I came across letters from my school friends, college mates, seniors and juniors alike. Letters from Sib Chettri (a senior who ended up as a best friend) would start from a mere 3 pages to as long as 18 pages (both sides). Letters from my sister Olivia which would start with ‘Oh you know what happened!’ and half way through she’d write ‘Oh why am I writing this? I’ll tell you all about it when you come home for the holidays’ (Exasperating because by the time am home the subject in the letter would be far from our minds, as we nit-pick on each other’s faults all through the holidays). Nathania, my cousin sister whom we all thought hated to write, wrote to me emptying her heart out in those letters. I found letters from Kiran and Koyal – their English vocabulary skills were superlative even then. Sanda’s letters while endearing were a handwriting masterpiece. That good was her handwriting! Eugenia’s letters would make up a diary about the angst of a girl growing up, falling in love and all that is beautiful and nice (God bless her. Eugi is now married and happily running around her two little girls).There were letters from Jenny, Meda, one or two from Christine. Oh Ashish, wrote letters too. Because of what he was then and who he is now, the journey takes me to a reflective wonderment of his life.

There was also a letter from an old priest I met on the way from Delhi to Dwarahat who gave me a lift in his broken-down jeep when our bus broke down. He made sure I reached college safe and sound. He was one of those angels I keep meeting in most of my journeys. The fact that there was a letter from him inquiring about my well-being is an absolution (I don’t know where he is now, if he is still alive but with every thought of him, I send up a thankful prayer).

These were my letters then. They are still my love letters now. Love letters- cherished then, preserved all through these decades, and will always be enshrined as my valuables to posterity.


THE HEART-WRINGER, CLOSEST TO MY HEART
What sent me into an emotional upheaval of disconsolation on one second; smiles and cathartic sobbing in the next second was the letters from my mother.

I forgot I had them. With each one that I read, it brought back memories of years gone back, of what we had, what we could have had, what could have been. Mom wrote to me since the time I stepped out of the house. She continued writing them so much so that I became blameworthy of taking her and her letters for granted. She had poured out her heart in them. Her wishes and desires for her daughters (Olivia and me), her humble dreams for her family, her love for dad, her commitment as a mother, a doctor, and a counselor to every young soul she comes across.

As I was growing up miles away from her, she would write letters of instructions, encouragements and prayers. She wrote about the world how unkind it could be and yet, how with love, compassion and kindness one could survive the world. She would reprimand me when am wrong, acknowledge my efforts when I try – ALL THROUGH HER LETTERS.
Mom wrote to me last when she was lying on her bed, fighting against cancer.
24th August, 2009 is the date on the letter.
Her letters are a part of her legacy. Her letters would pull me through a bad day then,and lift-up my spirits now.

Through her love letters, she still speaks to me…

Posted by myprivategarden at 11:50 AM 9 comments:

myprivategarden
Unprejudiced, Thus openminded. But, Grounded. "A rolling stone that gathers no moss"-That's Me

What others wrote about me...

Some of my Favourite Blogs